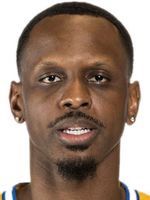 Fenerbahce Beko Istanbul has brought back one of its most important players of recent years, forward James Nunnally, until the end of the season, the club announced Friday. Nunnally (2.01 meters, 29 years old) arrives from China, where he played with the Shanghai Sharks. In China, Nunnally averaged 22.3 points, 5.5 rebounds, 3.3 assists and 1.2 steals per game. Nunnally last played in the EuroLeague with AX Armani Exchange Milan last season, and before that he was with Fenerbahce from 2016 to 2018. In 2017, he was part of the team that won the first EuroLeague title for a Turkish team when Fenerbahce lifted the trophy in Istanbul. In the 2017-18 season, he averaged 9.3 points in 29 EuroLeague games and ranked second in the league in three-point shooting accuracy (55.4%). He also helped Fenerbahce win back-to-back Turkish League titles. Fenerbahce is currently 6-11 in the EuroLeague standings after a road win at Olympiacos Piraeus on Thursday.